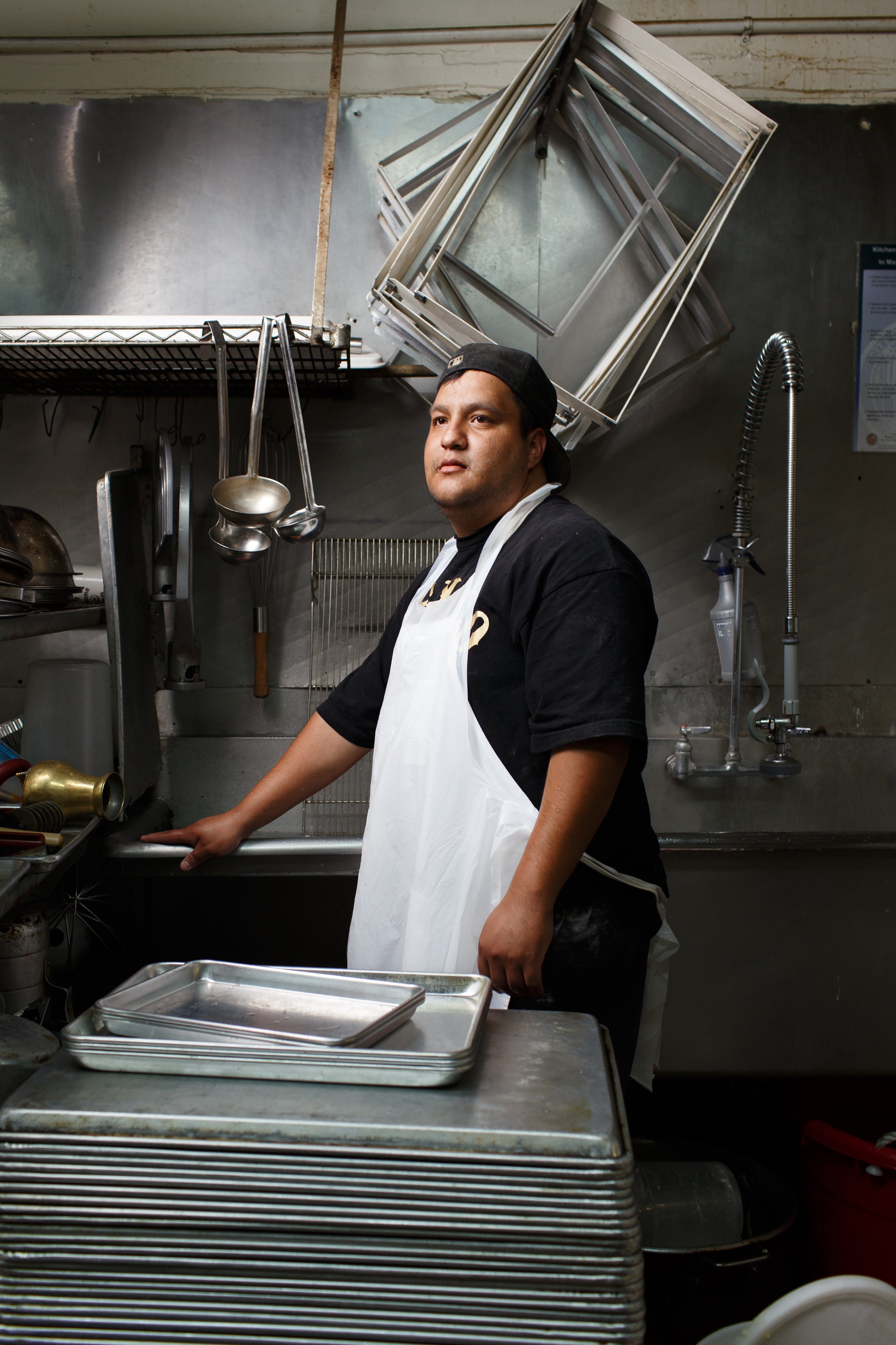 Walking and driving every day in my native Los Angeles, I look around and see an economically thriving microcosm of a multiracial, immigrant America. As the great-grandson of Eastern-European Jewish immigrants, I can’t help but think of skilled trades jobs in Los Angeles as a contemporary analog to my forebears’ late 19th Century experience in Chicago and Boston doing garment piece work and selling sewing supplies. It’s them in mind that I’ve come to question how, in light of recent anti-immigrant rhetoric stoking wide debate across the U.S., their story might still be relevant today. I decided to consider immigrant and first-generation Americans through the historical portrait approach of the “small trades,” re-engaging with works the masters of photography Eugéne Atget, August Sander, and Irving Penn made to study national identity, work, and class in their own times. To that end, I intend Working America to be a meditation on American belonging and American becoming. I’m curious if the national trope of hard work as a path to economic independence and inclusion is a reality. Is that path open to immigrants? To people of color? While these questions are both urgent and dire, my hope is that this series serves first as a document of the lives and contributions of the Angelenos on the screens before you here. Working America is a tribute not a political tract. It celebrates the workers who, like me, call Los Angeles home. The fact that they’re all either immigrants or first-generation Americans, and mostly people of color, is simply a reality of skilled trades jobs in L.A. during the 2017-2020 span of the project. It’s only political if one’s vision of “home” in the U.S. excludes such people. A blindered view like that is hard to sustain in the face of the strong, warm humans before you. These are the Americans this project venerates. Each of them made time to pose in their workplace and explore their thoughts on America, work, and belonging. Most shared gratitude to parents who provided their first sense of home, who gave them a chance to improve it for their children. All of them expect to work hard for freedom, but consider dignity a basic right. None wants their own ethnic status to be controversial. They’re dismayed to hear loud pro-labor speech mixed with anti-immigrant rhetoric. This last garbled signal reflects a blindness that these portraits aim to heal. They were shot in Downtown, East Hollywood, North Hollywood, Mid-City and other places not far from this very site.